June 21st has been declared as the „World Yoga Day“. In Thessaloniki, the event was celebrated with the 4th Open Yoga Day on Sunday afternoon, June 21st, on the “Moon” platform, in front of the Makedonia Palace Hotel, on the city’s New Beachfront. Yoga teachers from the city’s schools voluntarily shared their love for practicing Yoga through teaching, so that everyone can learn the practice of unity, while Acrodynamic Yoga sessions were presented, to end with a Kirtan concert by Shanti and Satyananda Center bands.

The Thessaloniki Open Yoga Day is a nonprofit event, with the purpose of dissemination of Yoga in the city and is placed under the auspices of Parallaxi magazine, Thessaloniki Allios & “Yoga Year 2015″, with the DIOS Natural Mineral Water featured among the sponsors of the event, with free participation for everyone! 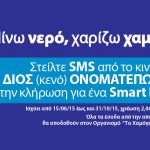 Supporting “The Smile of the Child”News 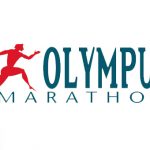