“Skiadeia” is one of the most historic cross country and city cycling races, founded and organized in 1950 by the Panathinaikos Sports Club and the Paiania Municipality, in honor of the Gold Balkan champion, Ioannis Skiadas. This local hero, track champion in the 110m and 400m hurdles races, with 5 National and 2 Balkan Gold medals  and an Olympic athlete in the 1936 Berlin Olympics, was a role model for the immortal sports values and ideals and a  brilliant spokesperson for the local sports history.

Attracting crowds of sports fans from all around Attica, as well as major champions and public figures, the „Skiadeia“ race were considered a major and widely popular sports event.  Revoked since 2002 due to the organizer’s financial obstacles, the race is revived for the second year, assisted by a great cultural institution, the Vorres Museum in Paiania, and supported by private suppliers and sponsors, such as the DIOS Natural Mineral Water.

The historic 10km race took place on April 17, 2016 as a continuation of the original “Skiadeia” race, with a start and finish line in the Paiania’s central square, in a route crossing five of the Municipality’s major cultural attractions. An 800m race for persons with disabilities, the 1,500m Fun Run for adults and high school students and the 400m & 600m elementary school races were also simultaneously held, with more than 750 children joining this cheerful and vibrant celebration event in the heart of Paiania. The Vorres Museum offered free tours for all participated adults and students, while all participation proceeds will be donated to the Aghios Christoforos Sports Club, to cover the preparation needs of the club’s Paralympic Sports Team. 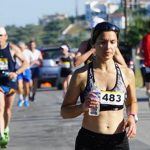 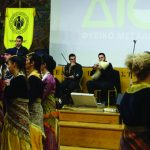