The biggest electronic music festival in Thessaloniki has been consistently included for the last nine years among the top 10 September festivals in the world by Resident Advisor, making it the only event in Greece that receives such acknowledgment. Reworks Festival enters a second decade of successful presence, as an ambassador of Greece on the international festival map.

A selection of international house & techno music acts headlined in the most legendary dance music festival line-up at a weekend program held around the MYLOS complex on September 18-20th. With acts like Mano Le Tough, Tale Of Us, Art Department, Kadebostany, Ellen Allien, Max the Sax, Dubfire, Pan-Pot, together with music legends like the Mute Records founder, Daniel Miller, an ecstatic audience from Northern Greece and visitors attended an electrified music weekend and quenched their thirst with DIOS Natural Mineral Water, supporter of the event. 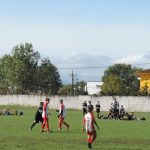