A highly commendable initiative of the “Alexander the Great – Kalohori” football club took place on the weekend of October 10-11th in the team’s new stadium in Thessaloniki. A Football Tournament in honor of the non-profit voluntary Organization „The Smile of the Child“, which involved 64 divisions from 26 kids’ football academies of the wider city area with a total of 900 young football players, with a common goal to raise money for thousands of children at risk, who are supported by the Organization through its wide range of activities.

Despite the bad weather conditions, the public’s response to the event was warm and massive, with parents, coaches and above all the stars of the weekend, the young players of the football academies, who gave their best shot and showed the appropriate respect to such a noble cause, which was supported by many sponsors, including the DIOS Natural Mineral Water! 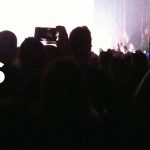