43rd Olympus Festival
Running for a fifth decade, the historic institution of the Olympus Festival concluded this year, leaving its significant mark on the cultural life of Northern Greece. Taking place on the foot of Mount Olympus, at the historic city of Dion, the sacred city of ancient Macedonians, the Olympus Festival brings the ancient Greeks’ “Olympia in Dion” sports and culture event into the modern times.
A variety of local and international cultural events, theatrical performances, live concerts, rare art exhibitions, film screenings and archaeological lectures – a number of events of high quality and aesthetics offered unique experiences to its guests throughout the summer.
Honoring the “Alpine” countries (Austria, Germany and Switzerland) as a tribute to the Greek hospitality, the Greek Minister of Tourism Mrs. Olga Kefalogianni highlighted the importance of the festival to the development of the national tourism and culture at the opening ceremony. Once again, the DIOS Natural Mineral Water proudly supported this major cultural event of the Pieria area as one of the Major Sponsors of the 43rd Olympus Festival. 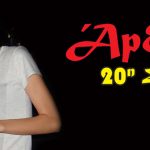 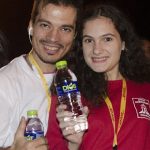