A marathon project reached its end… The S. MENTEKIDIS S.A. initiative of a charity promotion, in order to support “The Smile of the Child” Organization aired through the DIOS Mineral Natural Water packaging for a whole three and a half months, aiming to raise publicity and awareness on the Organization’s activities and make the children in need… smile!

Following an electronic draw that was held at the premises of the DIOS Natural Mineral Water bottling factory, in Karitsa, Pieria on Monday, November 23rd, 2015, in the presence of the Katerini notary Mrs. Anna Aristeidis Natsiopoulou, the lucky winner of a Smart FORTWO car is Apostolos Keppas (participation number 8010). Two runners-up, the names of whom remain at the disposal of the Organizing Company, were also drawn, solely to ensure the safety of the Competition, according to the Participation Terms and Conditions of the Competition, resulting from the respective Notary Act No 306/23-11-2015.

S. MENTEKIDIS S.A. would like to extend our heartfelt gratitude to all consumers who participated in the Competition, actively and effectively helping “The Smile of the Child” standing by all children and families in need. All proceeds by the Competition participating SMS messages are entirely donated to “The Smile of the Child” Organization, in order to support its nationwide implemented actions. 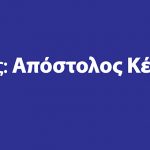 “The Smile of the Child” Competition WinnerNews