One of the largest investments even made in the bottled water industry, the new modern factory plant of DIOS bottled water, was launched in Karitsa Pieria, overcoming the obstacles of the malign Greek reality and at the same time reinforcing both the both domestic production and the wider local community .
In the opening ceremony, the Chairman Dimitris Mentekidis welcomed selected personalities from the political and business field. Among them, the former Minister of Health and MP of Pieria Mr. George Konstantopoulos, the General Secretary for Gender Equality Ms. Zeta Makri and Mayor of the Dion-Olympus municipality Mr. Georgios Papathanasiou, while the District Commissioner of Western Macedonia Mr. George Dakis and the ALPHABANK Northern Greece Regional Manager Mr. Ioannis Michaelides praised the new effort S.MENTEKIDIS SA. in their speeches.
During the inauguration ceremony, the plant’s ultra-modern production line functioned in test mode, in excitement of all attendees, while the ribbon was cut by… the new generation, the grandchildren of the founder Mr. Savvas Mentekidis, as a symbolic gesture of hope and optimism for the country’s future. 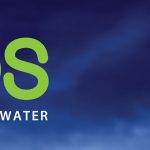